After more than 26 hours of travel, I finally arrived in Bangkok. Heather and Brian were sweet enough to meet me at the airport, and I was very glad when they proceeded to haggle with the taxi driver to make sure that we weren’t getting ripped off. Back to the hotel (the very nice Aloft Bangkok that we got at a good deal) and after a bit of catching up, bed.

We had a bit of a late morning and then headed out for lunch (jet lag. Only excuse). Spicy Thai noodles with chicken and spicy basil–yum. Heather wasn’t feeling too great, so Brian and I headed to the train station to figure out next moves and the best way to get there. After our reconnaissance, we headed over to Wat Tramir and the world’s largest solid gold Buddha. It’s impressive; not the biggest Buddha that we would see, but definitely the most expensive. The temple surrounding it wasn’t too shabby, either.

On the way back to check on Heather, we stopped by 21 Sukhumvit, a new shopping mall that is pretty awesome. I know, shopping mall that is cool–hard to believe. BUT, each floor is modeled after a major city (Rome, Paris, Istanbul, Tokyo, etc) and there are at least three floors of food court/restaurants. It’s impressive. We decided to return at some point to sample the giant selection of culinary delights.

We had dinner on this little alley near the hotel, Soi Sukhumvit 11, at a restaurant called Gallery. Terrific Panang curry and a great atmosphere. We also saw a great hostel there that, if I come back to Bangkok, I’m staying here: Suk 11 Hostel. On the same alley is Cheap Charlie’s, an expat bar that is attached to the side of a building and has super cheap brew. With a great vibe and good people-watching, it was a great end to the evening. 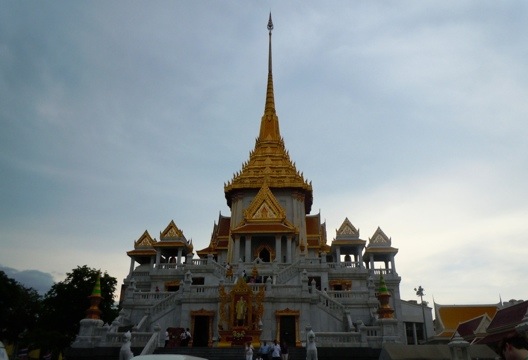 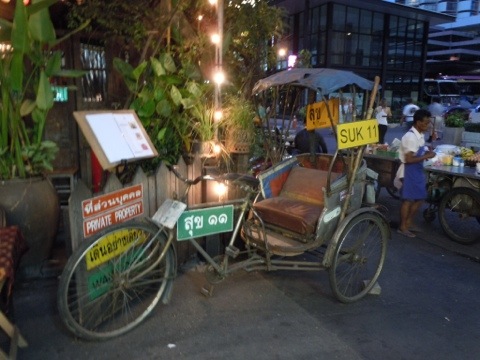 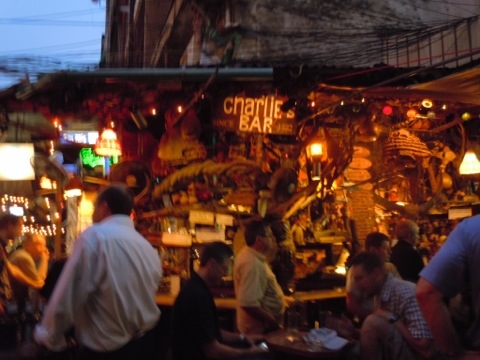