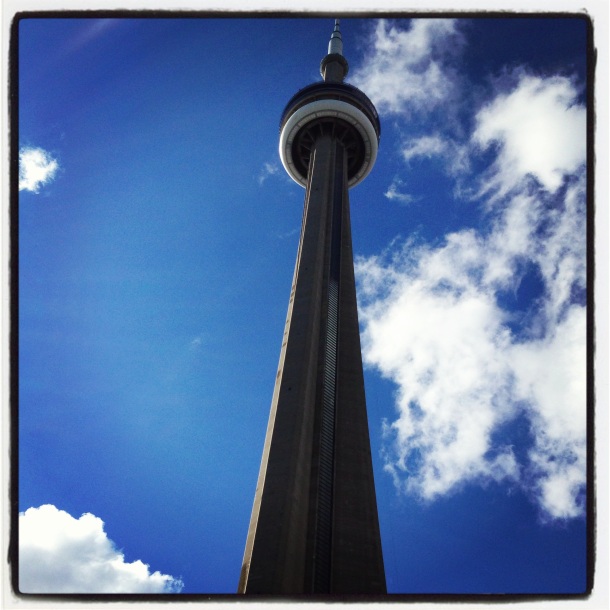 Attended: TBEX 2013, a conference that gathered 1300 travel bloggers from around the world for practical sessions, networking and opportunities to explore Toronto. And drinking. Lots of drinking.

Slept: at HI-Toronto Hostel on Church Street. It’s a large hostel (that feels small) with a fantastic location on Church Street, within walking distance to many of Toronto’s iconic sights. There’s a bar in the basement and bikes for rent. It’s a great option for budget travel. On the other end of the spectrum, a friend of mine stayed at the Fairmont Royal York. It was very nice. We had a drink in the bar; it was very, very nice.

Drank: Copious amounts of Canadian beer. Steam Whistle Brewing is recommended for its brewery tours and a great vibe, but I didn’t love the beer. Mill Street Brewery, in the historic Distillery District, has an excellent selection, including a coffee stout that I particularly liked. Places to drink are many and varied; I’d recommend the Irish Embassy Pub & Grill, The Loose Moose (they have beer mugs with Willie Nelson on them) and the Bovine Sex Club. 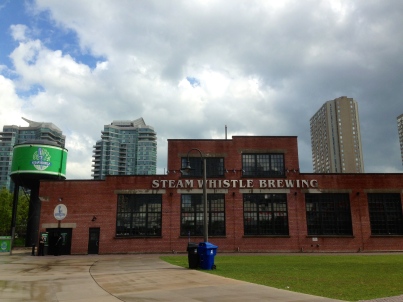 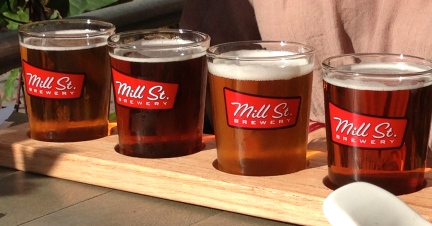 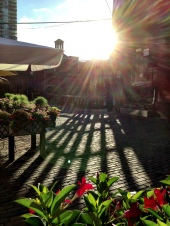 From the porch at Mill Street Brewing. 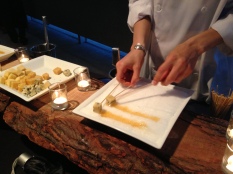 Ate: We had a few beers here, but I’d recommend stopping into The Miller Tavern on Bay for the homemade corndogs. 416 Snackbar is a small, loud, unapologetically hipster type of place with amazing “cutlery-free” food: the pork buns were sublime and the korean fried chicken surprisingly awesome. Traditional Chinese Buns on Spadina in Chinatown had excellent soup buns. Be sure to try poutine and cheese wrapped with maple syrup in snow (see below). Seriously. I don’t know if this is a typical Toronto thing, or special for TBEX, but it was fantastic. 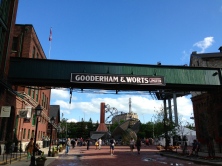 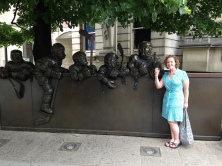 Those Canadians love their hockey. –At the Hockey Museum. 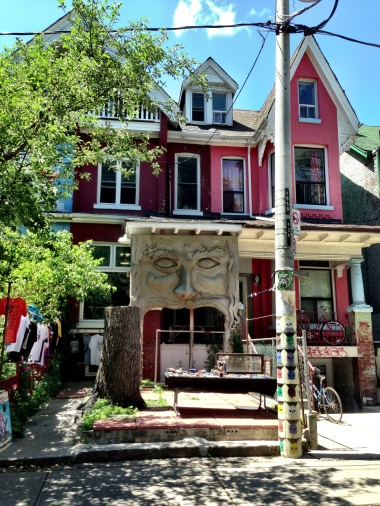 Raj, an artist who was fixing one of his earlier works. Someone had sprayed something hateful on his art.

Visited: The Distillery District, which at one point housed Gooderham and Worts Distillery, is now home to cute shops, restaurants, boutiques, great patios and special events; it’s an awesome area to wander. Kensington Market is a fun, funky and colorful neighborhood full of vintage shops, the smell of patchouli and lots of street art. The Toronto Islands (yes, there are actually more than one) are car free and excellent to explore by bike; visit the Gibraltar Point Lighthouse, the Royal Canadian Yacht club and, if you’re feeling stifled by your outer garments, the clothing optional beach.

Rode: The ferry, twice: once for a party at Shopsy’s on Centre Island and once for a tour of Toronto’s islands. Rode: a bicycle, during a cycling tour of the Toronto Islands with Toronto Bicycle Tours. Owner Terrence and guide Will lead a group of six bloggers around the islands, teaching the history of the area and, a bit less successfully, trying to keep us from stopping every two minutes to take pictures. 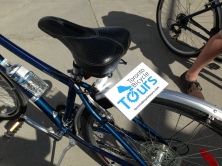 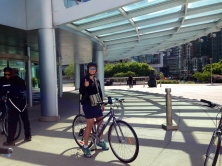 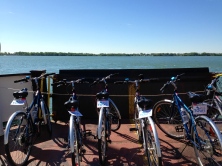 On the ferry to Centre Island 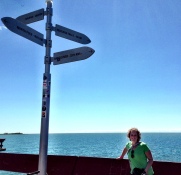 Met: Toronto natives like Raj, who was repairing one of his street art pieces in Kensington Market; he showed us a work in progress and invited us back for a house party when it was finished. Fellow bloggers like Britany, Lance and Jessie. The nice young man in the United line at the airport; we chatted for probably half an hour because it took for. ev. er. to check in. Travelers like Daniel, the English guy from the hostel who, after a few special hours hanging out with me, decided he wanted to be a travel blogger.

May God have mercy on his soul. I can’t wait to read his posts.