I attended the Great American Beer Festival (GABF) two weekends ago in Denver. Now that I have (somewhat) recovered, I feel like I can honestly and succinctly write about it.

Succinct enough for you?

All joking aside, I have to admit that I went into the GABF with a few preconceived notions that were proven correct; I also learned quite a few tricks for next year.

But, before I share my learnings, here’s a photo recap of the weekend.

There were beards. And great costumes. And Sam Cagalione and his wonderful lobster stout. And lots of wonderful people tasting and talking about their favorite thing: beer.

If only their kegs really poured beer….

The guy in the middle? His is real.

Yes, this beard is real. 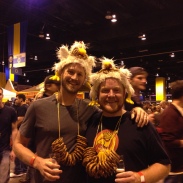 Me and Sam Cagalione from Dogfish Head Brewery.

I’m not sure about these guys…but they were fabulous. 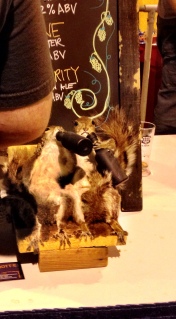 Yes. Those are squirrels drinking. 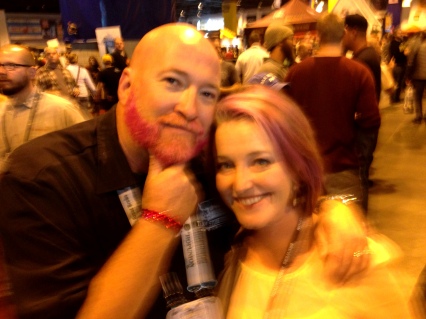 We have matching hues.

That’s love from Bull and Bush.

Tips and Tricks from (and for) the GABF: 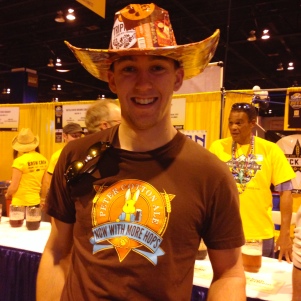 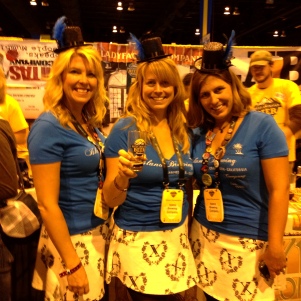 The beer won’t kill you. 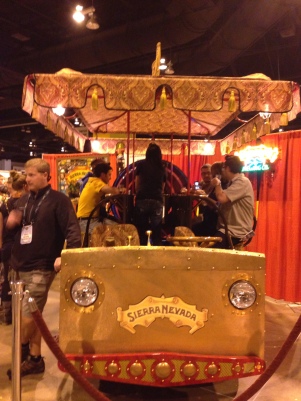 You have to pedal for your beer.

A full Scottish band came through the GABF.

The Night Watch. I was trying to look tough.

The rings were made of beer caps.

3 thoughts on “Great American Beer Festival: a Recap in Photos”